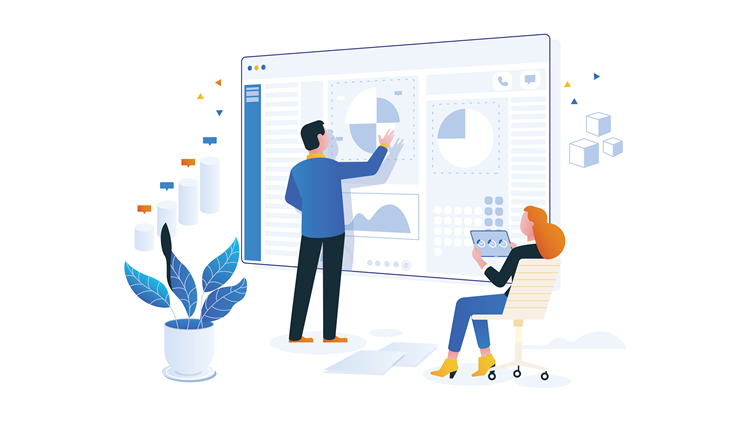 National Taxpayer Advocate Erin Collins says the Internal Revenue Service is concerned about the 21.3 million paper-return backlog. In her midyear report to Congress, Collins notes that low-income families could face financial burdens as affected refunds are frequently delayed by 10 months.

What is the Taxpayer Advocate Service?

The Taxpayer Advocate Service was established by the Taxpayer Bill of Rights 2 legislation in 1996. Later expanded by the IRS Restructuring and Reform Act of 1998, the TAS raises individual and systemic issues faced by taxpayers.

How Does the Backlog Affect Taxpayers?

The IRS’ delay in working through the mountain of paper tax returns leads Collins’ list of concerns. At the end of May, over 21 million paper tax returns had yet to be processed by the IRS—up by 1.3 million from the same time last year. While diplomatic, Collins is clearly concerned about the trend this reflects.

“The IRS has said it is aiming to crush the backlogged inventory this year, and I hope it succeeds,” she writes. “Unfortunately, at this point, the backlog is still crushing the IRS, its employees, and most importantly, taxpayers. As such, the agency is continuing to explore additional processing strategies.”

“At the end of the day, a typical taxpayer cares most about receiving his or her refund timely,” Collins explains. “Particularly for lower-income taxpayers who receive Earned Income Tax Credit benefits, tax refunds may constitute a significant percentage of their household income for the year. Thus, these processing delays are creating unprecedented financial difficulties for millions of taxpayers and outright hardships for many.”

A Mountain of Paper Returns

The IRS has worked hard over the last few years to move taxpayers to electronic filing, and it has largely worked: 90% of individual taxpayers e-filed last year. Unfortunately, that still left some 17 million taxpayers to file paper returns.

The IRS says some taxpayers just chose to file on paper. Other taxpayers had no choice; they may have hit a roadblock to e-filing, such as being required to file a tax form or schedule that the agency couldn’t process electronically.

Historically—before the pandemic—paper-filers could expect a refund within four to six weeks after filing. That timeframe has stretched out over the past year. Now, paper-filers can wait up to six months, although in some cases their refund might not show up for 10 months or even more.

As if that weren’t enough, the backlog doesn’t include millions more paper tax returns that still had to be classified or were expected to arrive before the October 15 extended filing deadline.

Collins’ report concludes that the IRS would have to process well over 500,000 Forms 1040 returns every week to eliminate the backlog this year. That would mean processing twice as many returns as the IRS currently does.

There’s more to the backlog than just individual tax returns. Every year, millions of business tax returns and amended tax returns from individuals and businesses are also paper-filed.

Overall, the mountain of returns yet to be processed has grown by 7%.

Faced with a “daunting” backlog of paper returns that likely will be carried over into the 2023 filing season, Collins proposes the IRS uses 2-D barcoding or some other advanced scanning technology so the transcription of paper returns can be automated for future filing.

“Today, the digits on every paper return must be manually keystroked into IRS systems by an employee,” Collins wrote. “In the year 2022, that doesn’t just seem crazy. It is crazy.”

Other Hurdles to Be Cleared

Correspondence Processing Delays: Another paper problem arises when a taxpayer gets a notice and is requested to respond—or chooses to respond; the taxpayer usually has to do so by mail.

For example: through May 21, the IRS had processed 5 million taxpayer responses to proposed tax return adjustments. It took an average of more than eight months for a taxpayer to complete the process—251 days to be exact—three times the average processing time in 2019.

“When a math error or similar notice is generated in connection with a paper-filed tax return,” the report says, “the combination of the return processing delay and the correspondence processing delay may mean that the taxpayer must wait well over a year to get the issue resolved and receive the refund due.”

The report also notes that taxpayers who are trying to resolve identity theft issues also have to suffer through long delays, waiting nearly a year on average to complete the process of sending affidavits and other documentation to substantiate their identities.

Telephone Overload: The Internal Revenue Service fielded about 73 million telephone calls during the 2022 filing season. While that number is overwhelming, consider that only one call out of 10 actually reached a human IRS employee. When compared with numbers from the 2021 filing season, the percentage of IRS-fielded calls in 2022 is very close to that in 2021.

“If a private company failed to answer nine out of 10 customer calls, customers would go elsewhere,” Collins wrote. “That, of course, is not an option for U.S. taxpayers, so it is critical that the IRS increase staffing in its telephone call centers to handle the volume of calls it receives.”

The Taxpayer Advocate Service, or TAS, has come up with some key objectives for the IRS over the coming year. Collins says her department will place a lot of emphasis on working with the agency to help its performance by:

For more of the latest tax-news updates, be sure to bookmark Taxing Subjects.